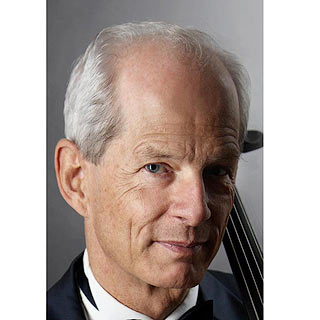 Daniel was born in Geneva, Switzerland, trained at the “Conservatoire de Musique” there, then at the age of 19 went to study at Indiana University (USA) with Janos Starker. He obtained a “Master of Music” degree in 1972 and returned home to receive the advice of Pierre Fournier.

Following a few prizes at international competitions in Florence and Geneva he started performing as a soloist with important orchestras, as chamber music partner of renowned artists and in renowned Festivals. He has recorded for the Naxos, Dante and VDE Gallo labels.

He was appointed in 1978 as Professor to the “Musikhochschule” in Mannheim, Germany, transferred twelve years later to the “Haute École de Musique” in Geneva, Switzerland and teaches presently at the “Schola cantorum de Paris”.

His interest in parallel fields to music led to his founding the “OVATIONS” project in 2014 (www.ovations.ch) to explore how musicians can learn from actors, dancers, sports(wo)men and linguists to improve their performance.