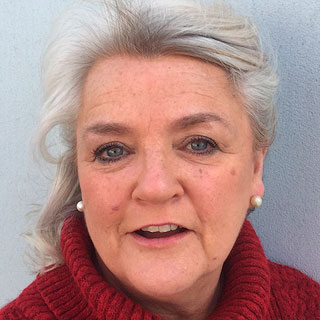 Elizabeth studied at, the RNCM and the National Opera Studio and has worked extensively in the field of Opera and Oratorio both in the UK and abroad. In the UK Liz has appeared regularly with all the major British companies , Glyndebourne, WNO, Scottish Opera, Sadlers Wells and ENO performing roles such as Nedda “I Pagliacci”, Donna Anna and Donna Elvira “Don Giovanni” , Countess in “Capriccio”, Violetta “La Traviata”, Mimi and Musetta “La Boheme”, Liu “Turandot”, Countess “Figaro”. Recordings include Carmen with Bernard Haitink for Glyndebourne, Parsifal with Reginald Goodall for WNO.

Elizabeth has appeared on the South Bank, the Wigmore Halls and at the Proms. Oratorio and recital recordings include Brittens War Requiem and Michael Berkelys Song cycle “The Red Macula”.

Elizabeth is a trained vocal coach and was head of vocal studies at Bristol Academy for Performing Arts, she gives regular Masterclasses at Conservatoire level as well as teaching privately.