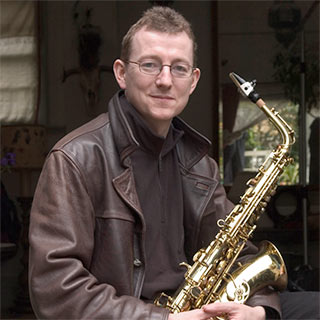 Gerard McChrystal comes from Derry, Northern Ireland. He took up the saxophone in 1983 and by 1989 had made his concert debut with The Philharmonia in London. Orchestras he has performed with include The Orchestra of San Francisco Opera House, Stuttgart Stattsorchester, National Symphony Orchestra of Ireland, BBC Scottish Symphony Orchestra, BBC National Orchestra of Wales and the BBC Concert Orchestra.

In 2003 Gerard became the first saxophonist from the UK/Ireland to give an orchestral concerto performance at the World Saxophone Congress in Minneapolis, USA.

Later that year he performed at the BBC’s Proms in the Park.

His latest project is a programme of New Celtic Music with The Smith Quartet.

Iguacu, Come Down and Dance .by Gerard McChrystal