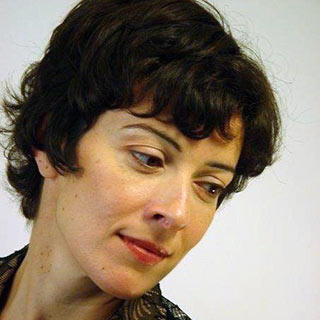 Ekaterina Nemirovich-Danchenko comes from a dynasty of Russian artists. Originally from the famous family of theatre and musical figures.

Ekaterina”s great-grandfather, Vl. Nemirovich-Danchenko, one of the leading figures of the theatrical culture of the twentieth century, an outstanding director, playwright, writer, teacher, critic and founder, together with Konstantin Stanislavsky, the Moscow Art Theatre (now – the Moscow Art Academic Theatre A. Chekhov).

Born in Moscow, she took her first piano lessons with his grandmother, before continuing his studies at the Tchaikovsky Conservatory, with Tatiana Nikolaeva and with Dimitri Bashkirov. At the age of 7 years, Kate entered the Central Music School for Gifted Children (Music School). During schooling Ekaterina gave many concerts in Moscow and other cities of the country. In particular, she performed with the Symphony Orchestra of Saratov Philharmonic concert number 1 in C Major by Ludwig van Beethoven (at age of 11).

At age of 10 she made her Début at the Grand Hall of the Moscow Conservatory Tchaikovsky with performance variations ABEGG Robert Schumann.
Later, she was invited in the same hall to participate in the celebrations of the 150th anniversary of the great Russian composer Tchaikovsky. Both concerts were recorded on Russian television.

After graduating from high school with honours, Ekaterona Nemirovich-Danchenko continued his musical education at the Moscow Conservatory under the direction of Tatiana Nikolaeva and Dimitry Bashkirov. The same year, Katia came to live in Paris and Germany, where she was, among others, working in assisting Christiane Stutzmann in her vocal class  and opera at the Conservatory of Nancy, and  also artistic assistant at the Folkwang Hochschuke für Musik in city of Essen.

As a soloist and chamber artist Katya performed in many countries around the world, in prestigious concert halls.

Her talent, as  chamber and ensemble performer,  was highly appreciated and she was invited to participate in master classes of artists such as Anne-Sophie Mutter, Maxim Vengerov, to participate in international competitions ( Tchaikovsky (Moscow), Concours Tibor Varga (Sion – Suisse), Concours Marguerite Long – Jacques Thibaud (Paris).

Some concerts were recorded by  radio  Germany Sudwestrundfunk and Radio France, in particular a cycle of romances by Tchaikovsky with the counter tenor A.Wassiliev (Radio France .CD)

Katya recorded several CDs :
Among them are works by Respighi (Claves), Mozart, Schubert, (Mozartgeselschaft ), Symphony and overture by Mendelssohn (Leipzig)
In 2012, Ekaterina was awarded a Dr.Watanabe {Japan}  scholarship  for the promotion of  Mendelssohn and  in Leipzigwas  she made some recordings of works by Mendelssohn and Schumann  CD.  ( International Mendelssohn-Stiftung).

Recurring partners in numerous concerts in Europe, Russia and the Middle East were the violinists Jane Peters, Rasma Lielmane Valery Oistrach, Sasha Rozhdestvensky and Ingolf Turban, Korean cellist Young Chan Cho  and more recently violinists Alexander Trostiansky and Alexander Marcov and several singers such as Alexei Vassiliev with whom she is preparing a disc of songs by Tchaikovsky,

With Ingolf Turban, Katia has recorded two CDs, two sonatas by Mozart and Schubert Fantasy (edited by Mozart Gesellschaft Stuttgart) and two sonatas and other pieces of Respighi (Claves).

She has just recorded two symphonies and two overtures by Mendelssohn in piano transcriptions for four hands, violin, and cello by the composer himself (the first symphony) and contemporaries. This disc is published privately by the International Mendelssohn-Stiftung.

From September 2019 Katia Nemirovitch- Dantchenko has been invited as full Professor at the Geneva Conservatoire in Switzerland.